Futures studies (also called futurology) is the study of postulating possible, probable, and preferable futures and the worldviews and myths that underlie them. There is a debate as to whether this discipline is an art or science. In general, it can be considered as a branch of the social sciences and parallel to the field of history. History studies the past, futures studies considers the future. Futures studies (colloquially called “futures” by many of the field’s practitioners) seeks to understand what is likely to continue and what could plausibly change. Part of the discipline thus seeks a systematic and pattern-based understanding of past and present, and to determine the likelihood of future events and trends. Unlike the physical sciences where a narrower, more specified system is studied, futures studies concerns a much bigger and more complex world system. The methodology and knowledge are much less proven as compared to natural science or even social science like sociology, economics, and political science.

Foresight was the original term and was first used in this sense by H.G. Wells in 1932. “Futurology” is a term common in encyclopedias, though it is used almost exclusively by nonpractitioners today, at least in the English-speaking world. “Futurology” is defined as the “study of the future.” The term was coined by german professor Ossip K. Flechtheim in the mid-1940s, who proposed it as a new branch of knowledge that would include a new science of probability. This term may have fallen from favor in recent decades because modern practitioners stress the importance of alternative and plural futures, rather than one monolithic future, and the limitations of prediction and probability, versus the creation of possible and preferable futures. 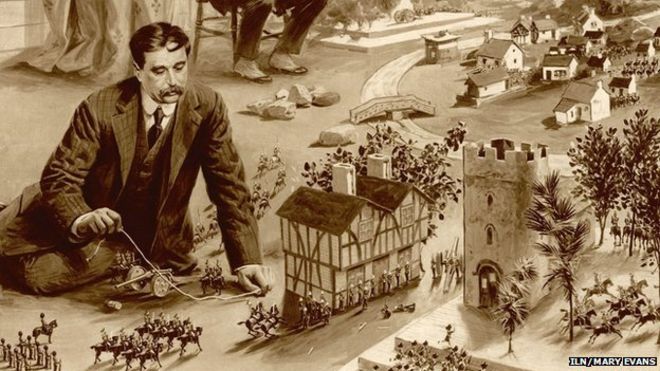 Futures studies emerged as an academic discipline in the mid-1960s. First-generation futurists included Herman Kahn, an American Cold war strategist who wrote On Thermonuclear War (1960), Thinking about the unthinkable (1962) and The Year 2000: a framework for speculation on the next thirty-three years (1967); Bertrand de Jouvenel, a French economist who founded Futuribles International in 1960; and Dennis Gabor, a Hungarian-British scientist who wrote Inventing the Future (1963) and The Mature Society. A View of the Future(1972).

By the 1960s, academics, philosophers, writers and artists across the globe had begun to explore enough future scenarios so as to fashion a common dialogue.

International dialogue became institutionalized in the form of the World Futures Studies Federation (WFSF), founded in 1967, with the noted sociologist, Johan Galtung, serving as its first president. In the United States, the publisher Edward Cornish, concerned with these issues, started the World Future Society, an organization focused more on interested laypeople.

There are some great scientific books and documentaries on the theme of future visions, and so many great people that made them, I will just mention few of them for You to watch Future Shock, Alvin Toffler, Carl Sagan, Cosmos, Into the Universe with Stephen Hawking etc.

And if You want to know more about Golden Record, Voyager you should check this link. You can see what messages, images, sounds, music etc – human kind sent into Space, in hope to find and contact some other civilization, content of a record on spacecraft Voyager, launched on 1977. was “intended for any intelligent extraterrestrial life form, or for future humans, who may find them.(Carl Sagan)”.

As  Carl Sagan said in a Pale Blue Dot: A Vision of the Human Future in Space, “The visions we offer our children shape the future. It matters what those visions are. Often they become self-fulfilling prophecies. Dreams are maps.”

Another great quote from a great man: “If we cannot end now our differences, at least we can help make the world safe for diversity. For, in the final analysis, our most basic common link is that we all inhabit this small planet. We all breathe the same air. We all cherish our children’s future. And we are all mortal.”
[Commencement Address at American University, June 10 1963]”
― John F. Kennedy

Once you begin to discover world around you in more dimensions, all your creative out of the box ideas and vision will lead you – into the future.

Feel free to do that and enjoy that process, our joined minds and ideas are shaping this world and our future every day. Every thought and activity you have is a small project and maybe a future miracle that will give more quality life to people on this planet. So, don’t forget to dream with your eyes open. Remember, “Future belongs to those who believe in power of their dreams”….:)